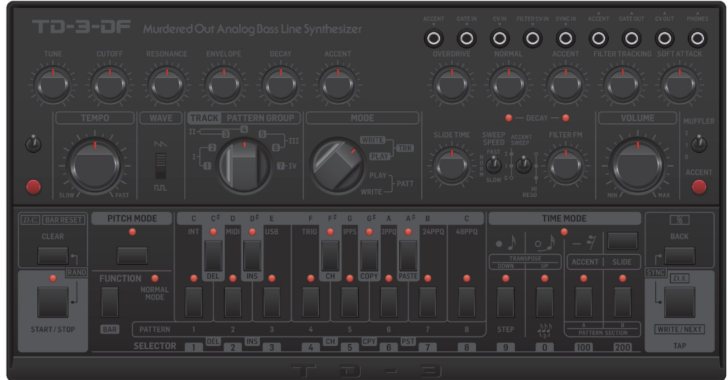 Robin Whittle, creator of the classic Devil Fish mod for the Roland TB-303, says that having Behringer make unauthorized clones of your work ‘sucks’ – both for the developer and for buyers.

In the last few days, Behringer has been teasing an alternate ‘Murdered Out’ TD-3-DF version of their TB-303 clone, that Whittle says is an unauthorized version of his Devil Fish 303 design.

On his site, Whittle says that Uli Behringer contacted him in November 2019 about making an official Devil Fish TD-3. They could not come to a business agreement, though, and Behringer has since announced its intent to do an unofficial clone.

According to Whittle, Behringer’s plans for an unofficial Devil Fish knockoff ‘sucks’ – not just for him personally, but also for buyers.

Whittle insists that any synth with the Devil Fish branding should use high quality knobs, pots and sealed switches. He notes that “The little RK09K ALPS pots we use in the Devil Fish are excellent in every respect. Not one has failed or even become noisy, as far as I know, since 1993.”

Whittle notes, “It would be hard to imagine how the Behringer company, and Uli himself, could earn themselves greater opprobrium, than by riding roughshod over a small synthesizer manufacturer. This is especially so since the copied product is in production”

You can find Whittle’s comments on his experience of getting knocked off by Behringer – along with his relatively favorable take on the Behringer TD-3 itself – at his site.

Would have have been interested in a $300 TB-303 Devil Fish clone that used high quality knobs, pots and sealed switches? Let us know what you think in the comments!