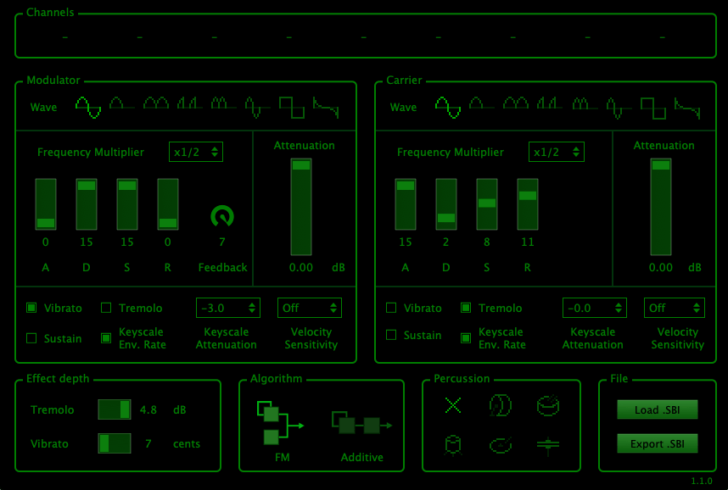 discoDSP has introduced OPL, a software synth that emulates a digital sound synthesis chip developed by Yamaha in the mid 1980s that was used in sound cards for PC, including the Ad Lib card and early Sound Blaster series.

OPL is available for macOS, Windows and Linux as AudioUnits, VST, VST3 and Standalone.

The emulator has channels comprised of 2 oscillators each. Each pair of oscillators is usually combined via phase modulation (basically frequency modulation). Each oscillator can produce one of eight waveforms (sine, half sine, absolute sine, quarter sine, alternating sine, camel sine, square, logarithmic sawtooth), and has an ADSR envelope controlling its amplitude. The unusual waveforms give it a characteristic sound.

Audio demos are available at the discoDSP site.

OPL is available now in VST/VST3 and AU plugin formats for $29 USD.