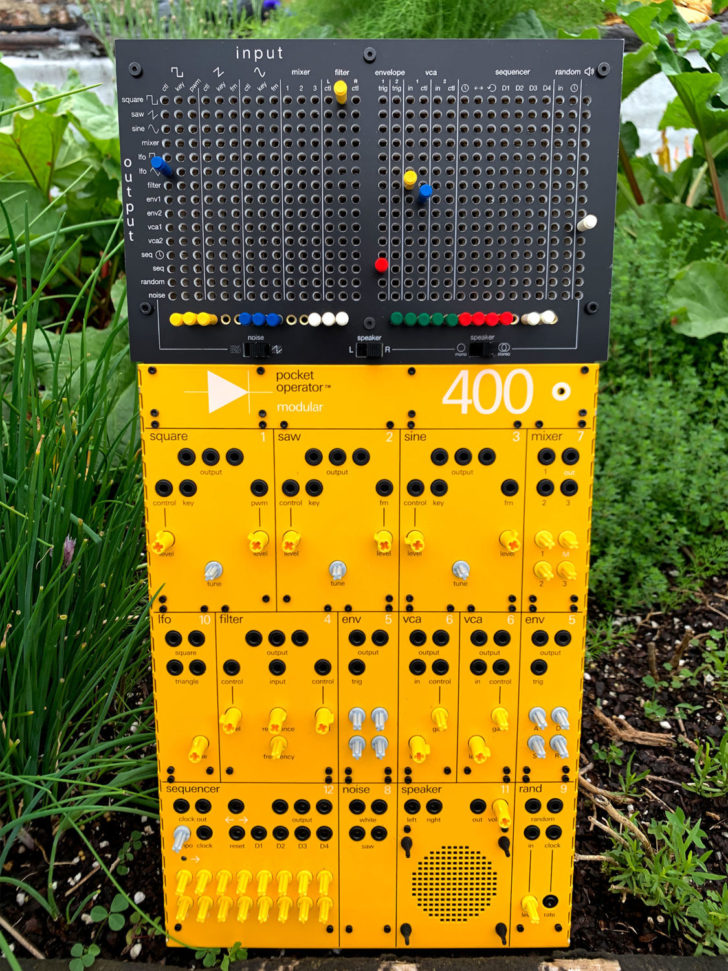 The Teenage Engineering POM-400 Matrix Kit bolts onto the back of the POM-400 modules, with supplied hardware. Once bolted on, it lets you make all the patches you could otherwise make using cables, with the added benefit of having virtually no restrictions on the number of available outputs and inputs for each module.

Patch cables can still be used in conjunction with the matrix for interfacing the system with external modules and running sound out from the device.

The Teenage Engineering POM-400 Matrix Kit is available for $700 USD.

Vondle notes that “Yes, it’s $100 more than the POM-400 itself but, it’s $14,000 cheaper than a Synthi!” He says that the material costs for the kit are about $650, adding, “I made this because I love the aesthetics, clean look and fun of making patches using the pin matrix, not to make a living from this.”