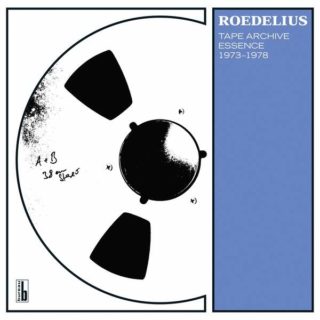 Roedelius is best known for his work with Cluster and Harmonia, but he has also had an active solo career and collaborations with Brian Eno and others.

A distillation of the highlights of the 2014 compilation originally released in 2014 as 3LP + 3CD box set, comprising an audio ‘sketchbook’ of German electronic music composer Hans-Joachim Roedelius during the so-called ‘Forst years’ working closely with Cluster and Harmonia.

Tape Archive Essence 1973-1978 boils the set down to an easily digestible single-disc release.