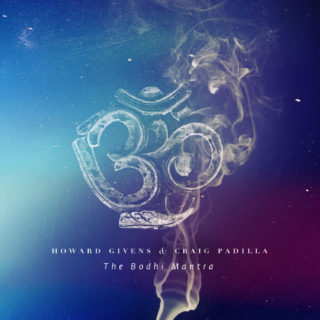 Synthesists Howard Givens and Craig Padilla have released a new album, The Bodhi Mantra, described as ‘a formative work of deeply immersive music’.

On the new album, their third collaboration, Givens and Padilla continue a musical journey that follows the concepts introduced in their previous album, Being of Light.

The duo uses a variety of analog, digital and modular synthesizers to create hypnotic and meditative music.

“This new album evolved from our personal journey of music, which is based on our appreciation of the way we have been experiencing the perception of consciousness. This is The Bodhi Mantra,” note Padilla.

“Bodhi is a Sanskrit word translated as ‘enlightenment’ or ‘awakening’, which relates to a Buddhist concept,”” adds Padilla. “Bodhi is synonymous with the state of nirvana, being freed from hate, greed and ego. The Mantra is the musical expression of this serene offering. We represented this idea in the music by making it sound warm and peaceful; hypnotic and uplifting.”

Givens, who is also the founder and co-owner of the Spotted Peccary Music label, adds “There’s a powerful experience that comes from the synergy of working together, especially when those moments of an unspoken, mutual tapping into a stream-of-consciousness flow happens.”

“That’s when the magic really happens, at least from my perspective. I believe that this whole “conversation” of music is complete when the listener then becomes involved, creating their own vision, their own experience with the music.”

The album is available now on LP and in digital formats via Bandcamp, and also via streaming services. The LP is a 140 gram 12″ vinyl record, pressed on teal and blue splatter-colored vinyl with color insert with liner notes.

Note: Spotted Peccary Music is currently running its annual Summer Sale on Bandcamp, offering its catalog at 25% off with the code “summer25”.