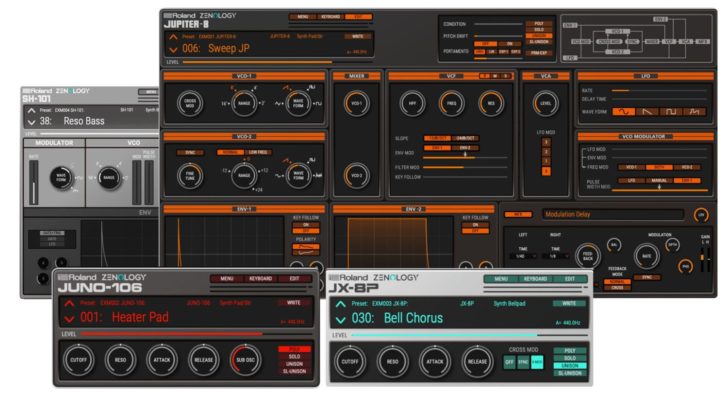 The first in the series is the JX-8P Model Expansion, with SH-101, JUNO-106, and JUPITER-8 Model Expansions in the works. The new synth models will work in Zenology for macOS & Windows, and in Zen Core compatible hardware, like the Jupiter-X and Jupiter-Xm.

Here’s what Roland has to say about the first synths in the Model Expansions series: