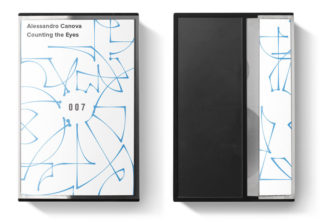 Berlin-based One Instrument is a label that, like their name suggests, puts out albums that are made with just one instrument.

It’s an unusual premise for a label, but their albums, as a result, tend to feature instruments being used in unusual and interesting ways.

Alessandro Canova’s Counting the Eyes is a great example. The album is entirely created using Roland MC-303, a late 90’s groovebox that Roland designed for ‘dance music producers and other groove enthusiasts with little or no musical training’.

While Roland positioned the MC-303 to capitalize on the use of devices like the 303 & 606 in dance music, Canova goes in a completely different direction, coaxing ambient sounds and minimalism out of the instrument.

Here’s what One Instrument has to say about the album:

“Counting the Eyes aims to create a meditative dimension: a contemplation of the physical nature of sound, space and rhythm.

During his early experimentations, Canova worked with silence, sine waves and white noise as his only sound sources, developing a keen interest in a zen-like aesthetic.

Influenced by his study on philosophy and eastern religions he aims to create a meditative dimension, a contemplation of the physical nature of sound, space and rhythm.”

You can preview Counting the Eyes below, or via Bandcamp:

10 thoughts on “Ambient Music On An MC-303, Alessandro Canova’s ‘Counting the Eyes’”