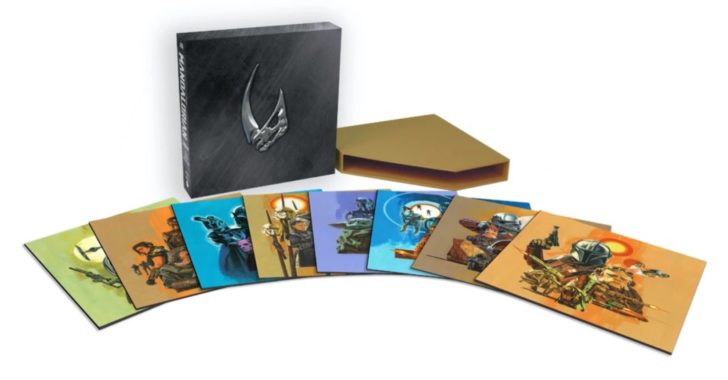 Fans of The Mandalorian, and its score by composer Ludwig Göransson, will want to check out the comprehensive vinyl edition of the soundtrack that’s coming on the Mondo label.

Mondo has created a mongo 8 LP box set of the Göransson’s complete Season One soundtrack. The one-time pressing features music from all eight episodes, each pressed on their own 180 Gram vinyl disc, with original artwork by Paul Mann, and housed in a heavy-duty slipcase adorned with Mando’s mudhorn Signet.