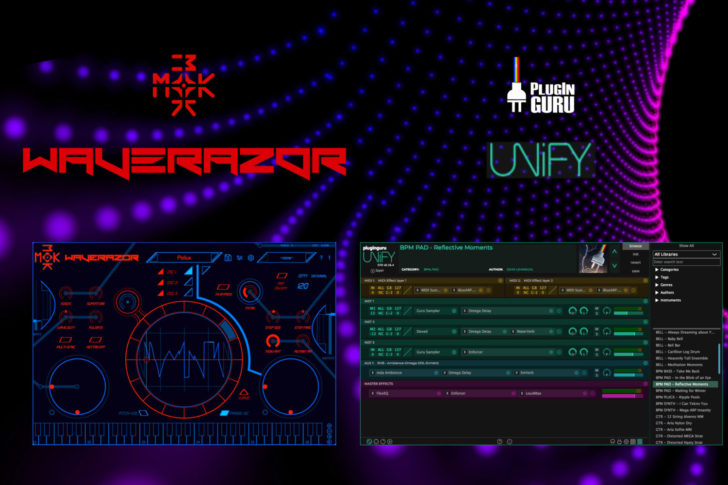 Tracktion has released a ‘massive’ update to MOK Waverazor wave slicing synthesizer, along with a library of more than four hundred new patches, created in alliance with PlugInGuru.com.

Waverazor uses a patented oscillator design to ‘splice’ waveforms. Version 2.5 brings an array of new features, including three new Filters, three new Effects and two new Modulators – combined with significant advances in the DSP modules to give greater control to reverbs and delays.

In cooperation with PlugInGuru.com, Mok has also developed Unified – Waverazor, a library of more than four hundred factory patches in Unify’s native patch format. Unify is also a plug-in host which gives plug-ins users Layering and Splitting capabilities. Owners of both Unify and Waverazor can now load all the new Waverazor patches and combine, layer, split and stack them in conjuction with any other plug-ins they own.

Waverazor is available for $159. Waverazor 2.5 is a free upgrade for current owners.