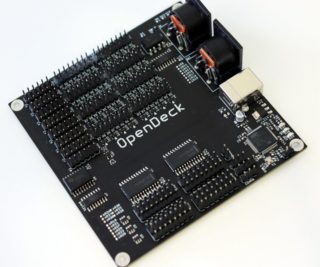 After more than a year of work, developers have released OpenDeck firmware v5, a major update to the open-source platform for creating custom MIDI controllers.

OpenDeck is a modular firmware, running on various development boards, that can be used to create complete MIDI controllers. The platform uses class-compliant USB MIDI, which makes it compatible with any MIDI software, on any OS.

The official OpenDeck board uses STM32F405 MCU and is currently under production. The firmware also runs on Arduino Mega2560, Teensy++ 2.0 and STM32F4 Discovery development boards. 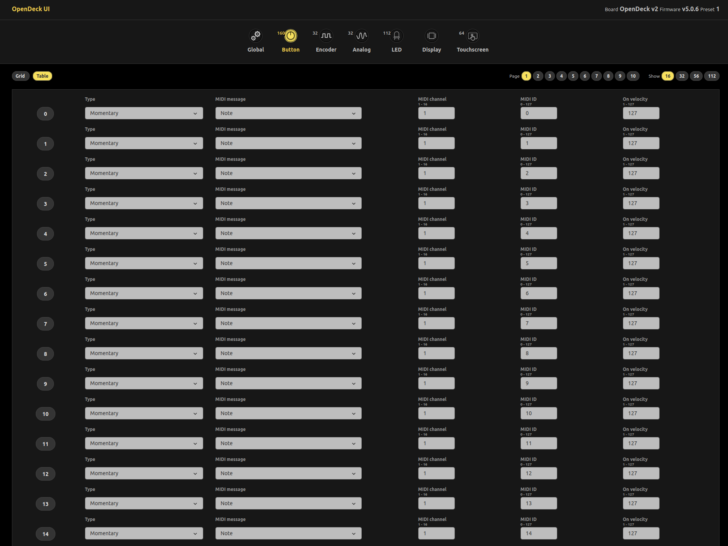 Opendeck is configured using a web interface, above. The interface supports the entire configuration of the device, backup and restore, firmware updates and more.