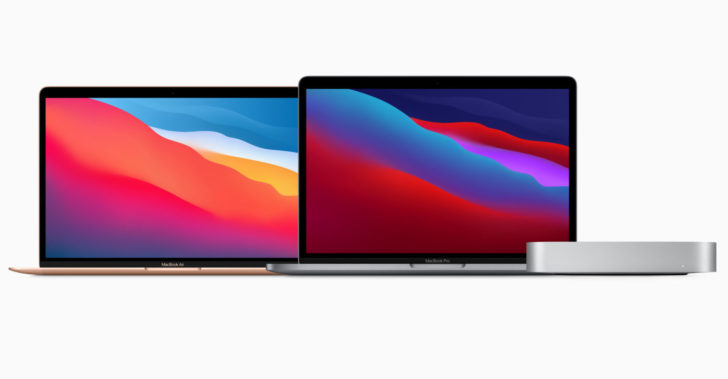 According to the company, the M1-powered macs offer up to 3.5x faster CPU, up to 6x faster GPU, up to 15x faster machine learning (ML) capabilities, and battery life up to 2x longer than before.

“M1 is by far the most powerful chip we’ve ever created,” says Apple CEO Tim Cook. ‘and, combined with Big Sur, delivers mind-blowing performance, extraordinary battery life, and access to more software and apps than ever before.”

Here are the highlights of the new ‘Apple Silicon’ Macs:

The MacBook Air is Apple’s most popular Mac and the world’s best-selling 13-inch notebook. Its powerful 8-core CPU performs up to 3.5x faster than the previous generation.

The 13-inch MacBook Pro is Apple’s most popular pro notebook. Its 8-core CPU, when paired with the MacBook Pro’s active cooling system, is up to 2.8x faster than the previous generation, delivering game-changing performance when compiling code, transcoding video, editing high-resolution photos, and more.

Other new features in the new 13-inch MacBook Pro include ‘studio-quality mics’ for super clear recordings and calls, and Apple’s latest camera ISP in the M1 chip enables sharper images and more detail in shadows and highlights on video calls. The new MacBook Pro also delivers best-in-class security with the Secure Enclave in M1 and Touch ID. And it features two Thunderbolt ports with USB 4 support to connect to more peripherals than ever, including Apple’s Pro Display XDR in full 6K resolution.

The new Mac mini features an 8-core CPU, with up to 3x faster performance than the previous generation.

Mac mini is now available starting at $699, $100 less than the previous-generation quad-core model.

See the Apple site for details.