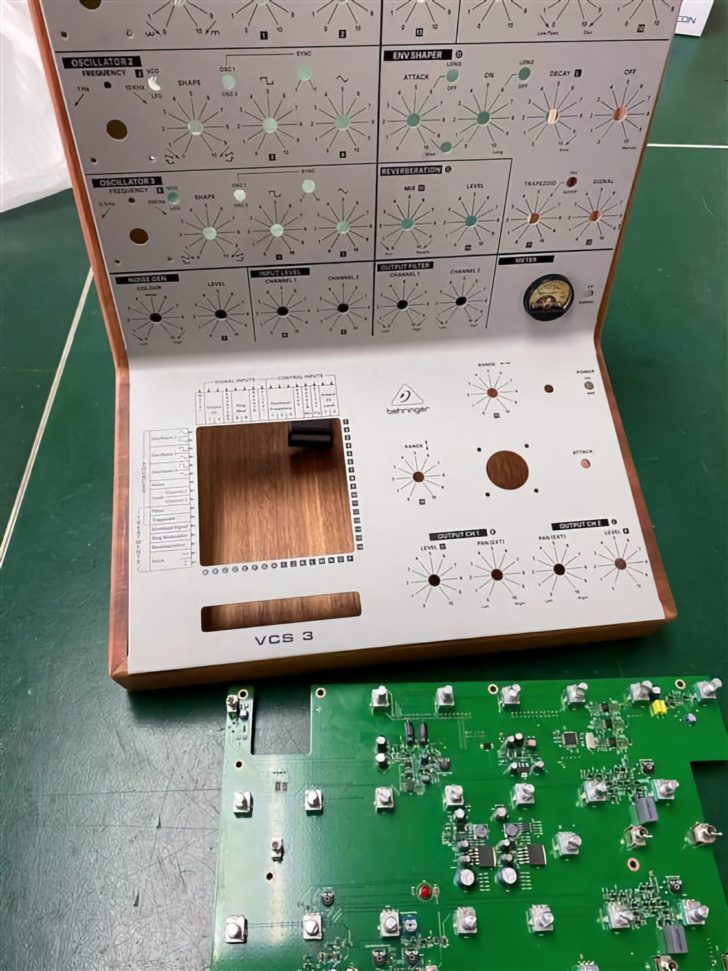 Behringer has shared a sneak preview of the VCS3, a knockoff of the Electronic Music Studios (EMS) VCS3.

The original VCS3 was one of the first all-in-one portable synth designs, and has been used notably used by artists ranging from Pink Floyd to Jean-Michel Jarre. It’s a three VCO semi-modular synth with an iconic design, featuring a joystick controller and patch matrix.

EMS is still around – they describe themselves as “The World’s Longest Established Synthesizer Manufacturer” – and they are still making the Synthi VCS3. They are a boutique manufacturer, though, and their production has trailed demand to the extent that used VCS3 prices push into 5 digits.

While Behringer originally announced their intent to make a VCS 3 in 2017, this is the first time the company has clearly shared its vision for their version. It looks like it will follow the pattern of synths like the Behringer Odyssey and MonoPoly, balancing closely copying the look and architecture of the original synth against against making compromises that make the design cheaper to manufacturer.

Details on pricing and availability are to be announced. Behringer says that they expect to be able to demo the complete prototype ‘soon’.

50 thoughts on “Behringer Confirms Synthi VCS3 Knockoff On The Way”