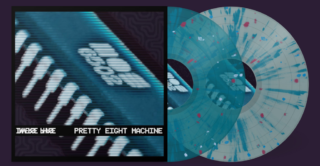 Chiptune artist Brendan Becker, aka Inverse Phase, contacted us to let us know that he is releasing Pretty Eight Machine — his chiptune tribute to Nine Inch Nails — on vinyl.

The album was originally released in 2012, and has proven to be Becker’s most popular release.

The vinyl release is being issued as a limited release at Bandcamp. You can get the details there or preview Pretty Eight Machine below: