“Without warning, millions of mysterious alien “doors” suddenly appear around the globe. In a rush to determine the reason for their arrival, mankind must work together to understand the purpose of these cosmic anomalies. Bizarre incidences occurring around the sentient doors leads humanity to question their own existence and an altered reality as they attempt to enter them.”

From the first few seconds of the trailer, embedded above, it appears that the filmmakers are following the time-honored tradition of repurposing electronic music gear as ‘high-tech’ future stuff. Check out the system being used to communicate with aliens: 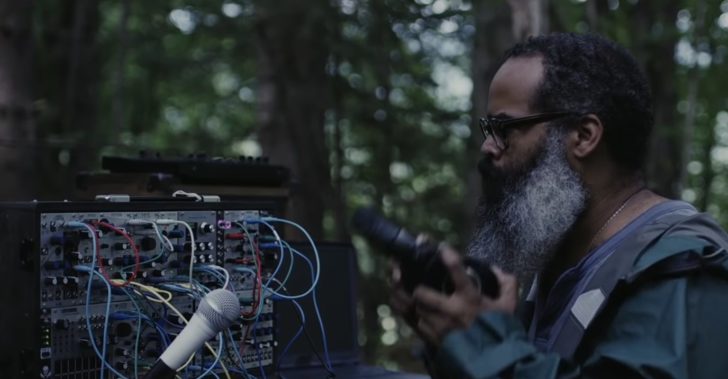 This raises the question: What Eurorack modules do you need to be able to communicate with aliens?

Check out the trailer and the screen capture above, and let us know what modules you recognize! And, if any readers have any background on what’s going on here – in the movie or in the making of this scene – leave a comment!

28 thoughts on “What Eurorack Modules Do You Need To Talk To Aliens?”

If I have an 8-note sequence, I might program the Moog so that the first note is bright, the second less bright, the third even less bright, and the fourth note maybe brighter again — so you get a kind of sine wave move.

Now, in the opposite channel, I might do the same sequence, but program the filtering differently. Add the delays, and you have a repeating cycle that never repeats exactly in the same way.