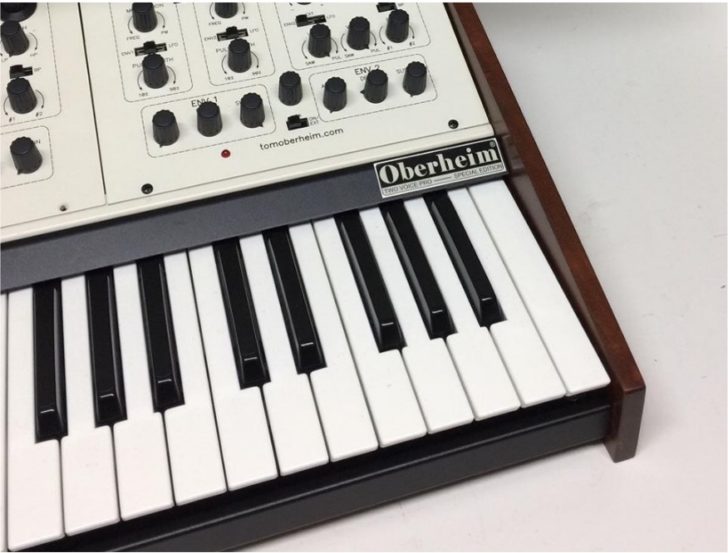 The Tom Oberheim website has received a complete overhaul, and included in the new site is an announcement of a new Oberheim-branded version of the classic Two-Voice Synthesizer.

Like Dave Smith and Bob Moog, Tom Oberheim lost control of his brand after the initial explosion of interest in synthesizers led to extremely rapid changes in the industry. By 1988, Gibson owned the Oberheim brand, and c0ntr0lled it for decades.

In 2019, Gibson granted possession of the Oberheim brand and intellectual property back to its original owner and founder, Tom Oberheim.

With the TVS Pro Special Edition, Oberheim is bringing back the TVS-Pro as a Special Edition, with each unit now having the original “Oberheim” logo badge, plus Tom Oberheim’s personal signature.

The Oberheim TVS Pro Special Edition is available for pre-order, with information on delivery scheduling to be announced later this year.

We did not find any additional details regarding specifications or pricing on the site, but there is a contact form on the site to request additional information.

We contacted Oberheim, and they told us “We are still finalizing the completion of this product and do not yet have a set availability date or a price. But based on current costs we anticipate that the selling price could be about $4,995, and that the first units could be available in May.”

Records were just a little bubble through time and those who made a living from them for a while were lucky. The record age was just a blip. It was a bit like if you had a source of whale blubber in the 1840s and it could be used as fuel. Before gas came along, if you traded in whale blubber, you were the richest man on Earth. Then gas came along and you’d be stuck with your whale blubber. Sorry mate – history’s moving along. Recorded music equals whale blubber.