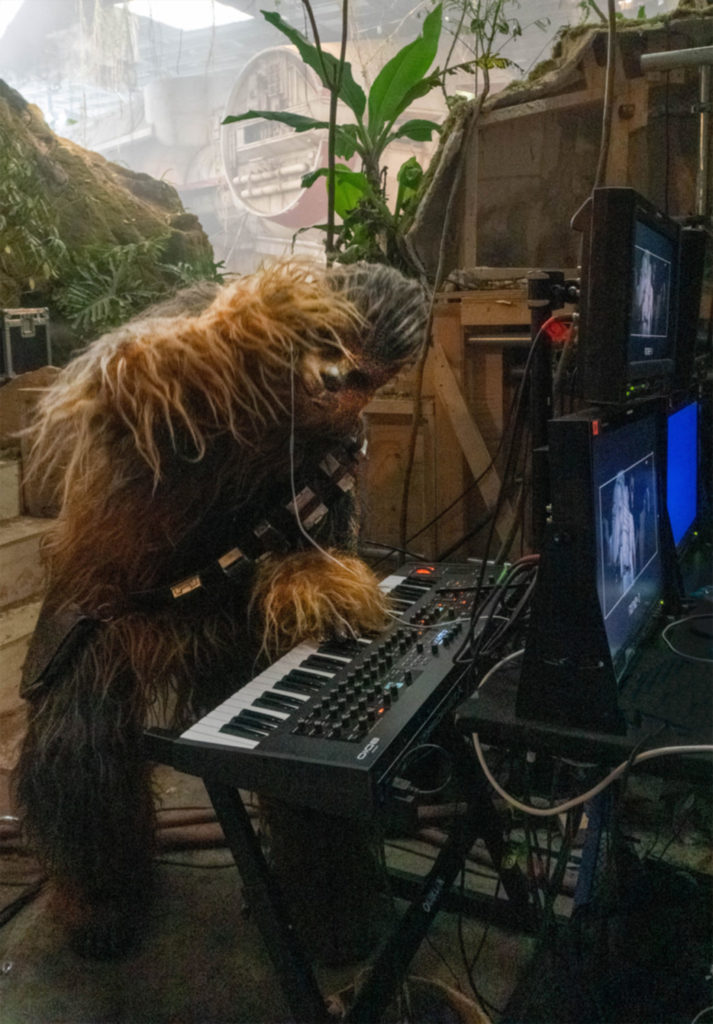 It’s been a long time since we shared a ‘Caption This’ photo….but it was worth the wait!

This photo, via Sequential, captures Chewbacca, at Galaxy’s Edge, jamming on a Sequential Prophet X synthesizer.

He’s made the jump to light speed.

He’s save C3-PO from certain doom.

He’s even fathered Lumpawarroo, seen in The Star Wars Holiday Special and never to be unseen.

But this is the first time we’ve ever seen Chewie play a synthesizer. And it raises a lot of questions!

Why’s Chewbacca playing a synthesizer? Whose synthesizer is it? What’s he playing? Why didn’t they give the guy a keytar or at least a taller keyboard stand? We’ve got no clue!

Think you know what’s going on here? Then Caption This!

29 thoughts on “Caption This! The Chewbacca With A Prophet Synthesizer Edition”