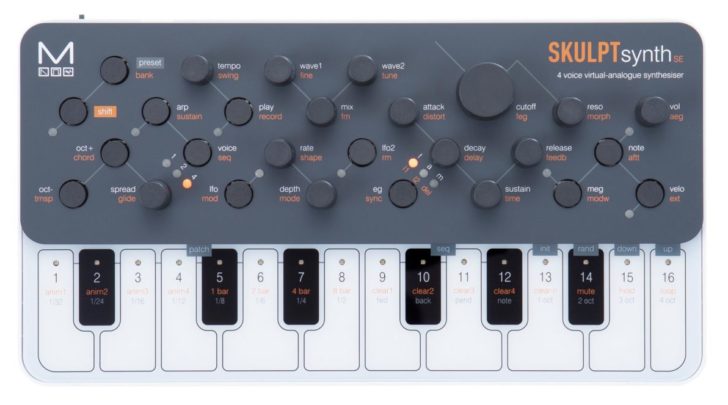 Modal Electronics let us know that the SKULPTsynth SE is now available.

The SKULPTsynth SE is an updated version of the SKULPT synth that they improves on the original with improved readability and build quality. Like the original SKULPT, the SE has a powerful synth engine for a mobile device, with four-voice polyphony, up to 8 oscillators per voice, MPE support and more.

In tandem with the retail availability of SKULPTsynth SE, Modal Electronics has also released a SKULPTsynthesiser firmware update, featuring a raft of workflow enhancements plus poly-chain support, in mixed configurations with the SKULPTsynth SE.

The new Firmware is available via MODALapp.