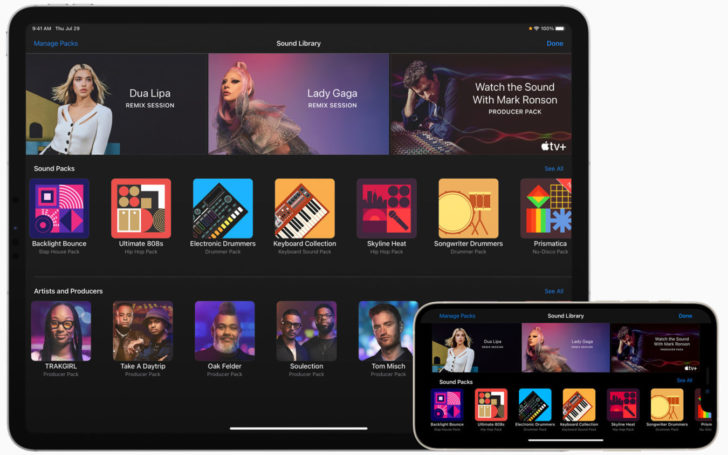 Apple today released a collection of free sound packs for GarageBand for iOS and iPadOS, the free mobile DAW that they say is now the most popular music creation app in the world.

The new GarageBand Remix Sessions and Producer Packs are available today as a free download from the Sound Library in GarageBand 2.3.11 for iOS and iPadOS.