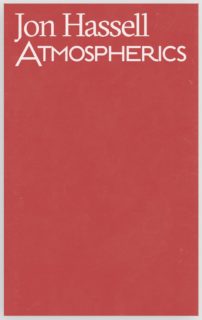 Bleep has announced a special first edition of a new book, Atmospherics, featuring the late Jon Hassell’s writing about his own music.

Jon Hassell (1937 – 2021) was a composer and trumpet player that developed a unique ‘fourth world’ concept for music that incorporated elements of ambient music, ‘world music’ and electronics. He worked with minimalist composers La Monte Young and Terry Riley in the ’60s and ’70s, but is best know for his solo albums and collaborations with Brian Eno, Talking Heads and Peter Gabriel.

Atmospherics is available now to pre-order for $19.49, with an expected release in early October, 2021.