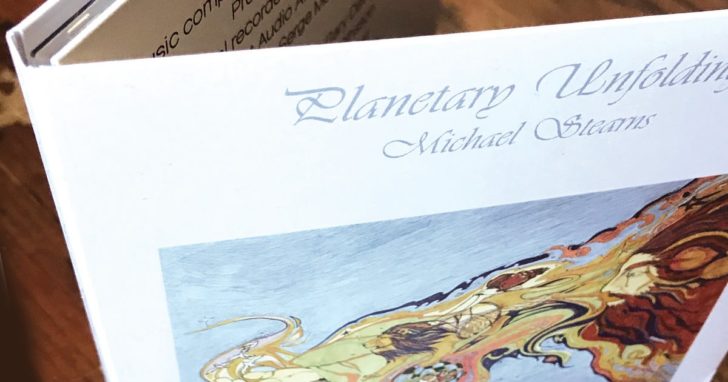 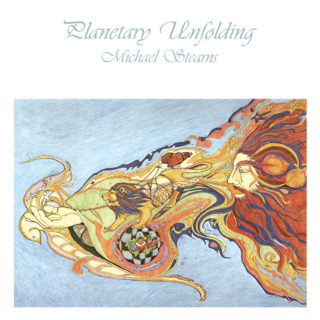 Stearns is a composer, sound designer, and soundtrack producer. His credits include music for television, feature films, planetariums, twenty-two IMAX films and seventeen solo albums. His scores for Ron Fricke’s non-verbal global film masterpieces Chronos, Sacred Site, Baraka and Samsara have been heard by audiences around the world.

On April 1, 2022, Projekt will be releasing Stearns’ long out-of-print Planetary Unfolding (1981). The album features the sound of the Serge Modular Synthesizer. In 6 movements, the slowly evolving atmospheric swirls of this early space music classic are described as “a journey within inner and outer space”.

Here’s what the label has to say about the release:

“His essential masterpiece tells the story of the cosmos not with words but with mighty, emotional sonics. The pieces have aged gracefully, as powerful today as 41 years ago. From our subatomic origins to our intergalactic destiny, the universe is made of sound held together through resonance where atoms, cells, oceans, plants, animals and humans are all part of a complex orchestration.

Planetary Unfolding exhibits both a compositional immediacy and a studied grasp of synthesizer mechanics. Stearns is one of the first Americans to tune his synthesizers to the “key of space,” adding a Californian earth-sensitivity to the mix.

“In the Beginning” births the album within primordial ambience that brightens with a blossoming mix of electronic space rock and cinematic swells. The serene and graceful “As the Earth Kissed the Moon” opens with the song of a mockingbird, the first song of spring, and in musical waves leads us to a point in the celestial firmament. It builds rhythmically as if representing the orbits of planets with choreographed movements in a star-flung ballet.”

Planetary Unfolding is available now via Bandcamp. You can preview it via the embed below: