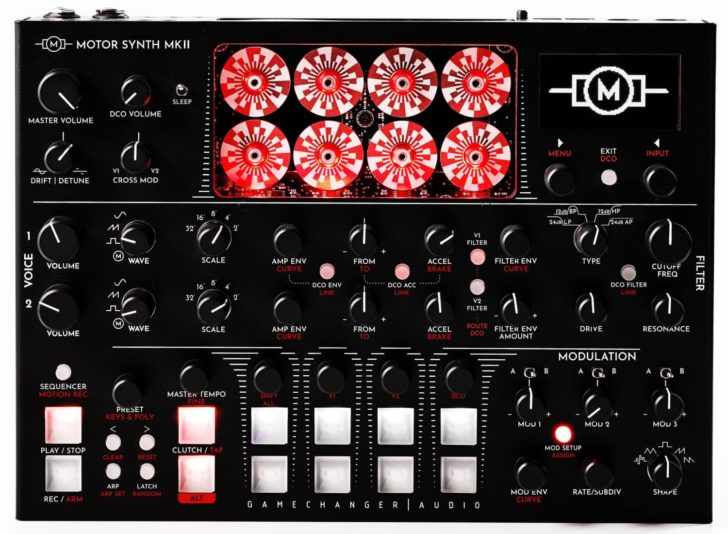 The company has expanded on features and the overall capability of the Motor Synth’s unique technology. Upgrades and features include separate multi-mode analog filters, redesigned modulation section, and additional digital voice equipped with a separate envelope, portamento section, and digital multimode filter.

The Motor Synth was originally introduced in 2019. It is based on a unique motor oscillator engine – this is a system of electro-motors that are able to instantly change their rotation speed in order to produce musical notes.

These motor oscillators can produce four distinct waveforms – Sine, Saw, Square and the so-called M waveform. The M waveform is produced by a set of electromagnetic pickups that are placed next to each motor’s rotating inner coils. As the coils rotate the motor’s coils create electromagnetic fluctuations that can be amplified to produce a unique Motor waveform. The Sine, Saw and Square waveforms are produced by a set of specially designed Optical discs that are mounted to each Motor’s shaft.

Each Motor Disc has three “tracks” engraved onto its reflective surface. These “tracks” are designed as a circular optical representation of the Sine Saw and Square waveforms. Each reflective “track” is paired with a separate infra-red laser and sensor that picks up the reflected beam. As the disc rotates and brings the differently shaded areas in circular motion, the infra-red reflectivity sensor begins outputting a so-called “Optical Waveform”.

Details on pricing and availability are to be announced.