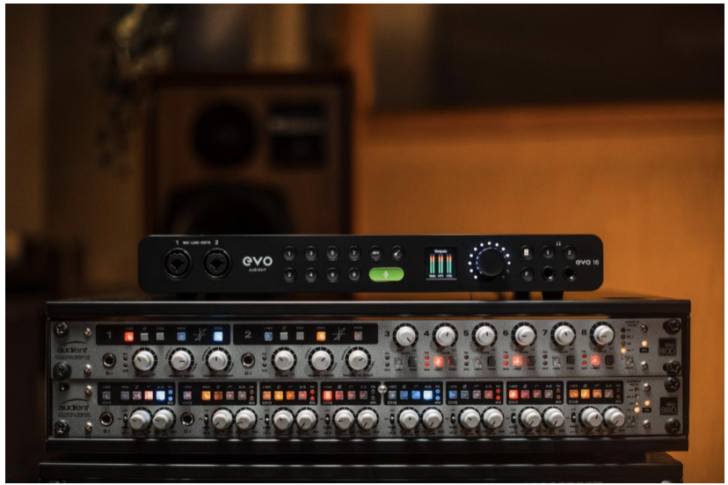 British audio company, EVO by Audient, has launched the latest product in its range, EVO 16.

EVO 16 is a 24 in / 24 out Audio Interface, featuring eight EVO Preamps, advanced converter technology, as well as the Smartgain feature, which can be used on all 8 channels simultaneously.

“Building on the success of EVO 4 and EVO 8, we wanted to super-size the EVO concept,” says EVO marketing director, Andy Allen. “EVO 16 offers the intuitive user experience, professional sound and technical quality you’d expect from parent company Audient, with plenty more I/O than its smaller counterparts. And yet it still fits firmly into the ‘affordable’ audio interface category.”

The EVO Mixer software compatible with MacOS and Windows gives further options to set up and route inputs & outputs, provide ultra-low latency monitoring and much more.