Supply chain issues are killing synth companies and making it impossible for others to manufacture and ship new designs.

Boutique synth maker Future Retro – creator of the FR 777, Orb and other synths – has announced that it has shut down, saying “Due to the current state of the world and global parts shortages, we are forced to close our doors.”

Texas synth maker Synthesizers.com – the company that defined the modern MU format – has put itself up sale: 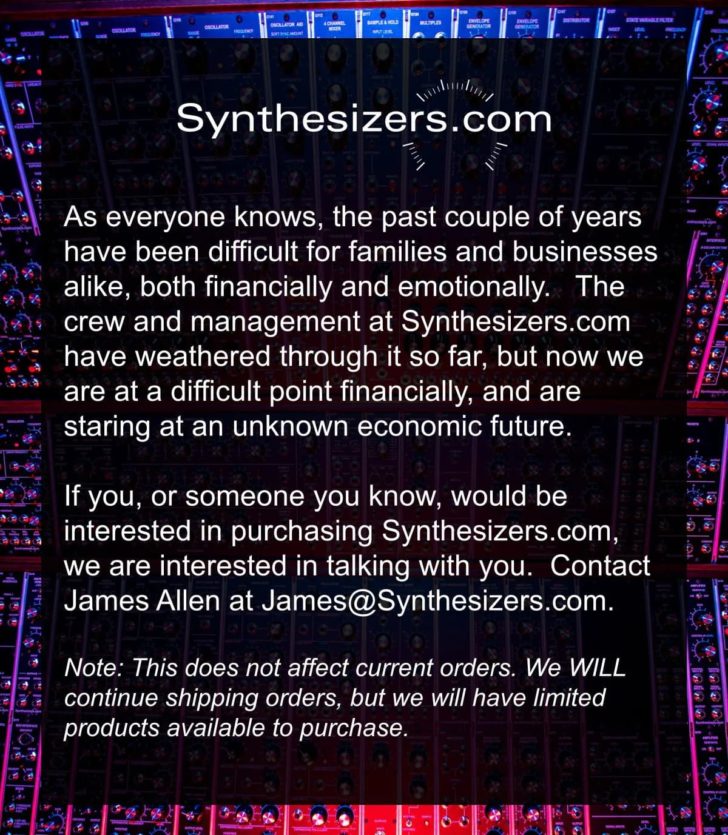 Haken Audio, makers of the Continuum line of expressive synthesizers, can’t get parts to make some of their products and is having to raise prices on others.

“EaganMatrix modules are a problem until I can get the DSP chips. Those DSP chips have been on order for over two years, and are now promised in September, but we will see,” notes creator Lippold Haken. “The semiconductor shortage is continuing to make things difficult for us building ContinuuMinis – we are paying over 10 times original price for some of the parts. We will have to raise the price on Minis after the current run is sold out due to our substantial increased costs for chips; the cost of assembled Mini PCBs has more than doubled.”

Isla Instruments announced recently that they’ve finally got the parts they needed for making their S2400 sampler – after a 2 year wait: 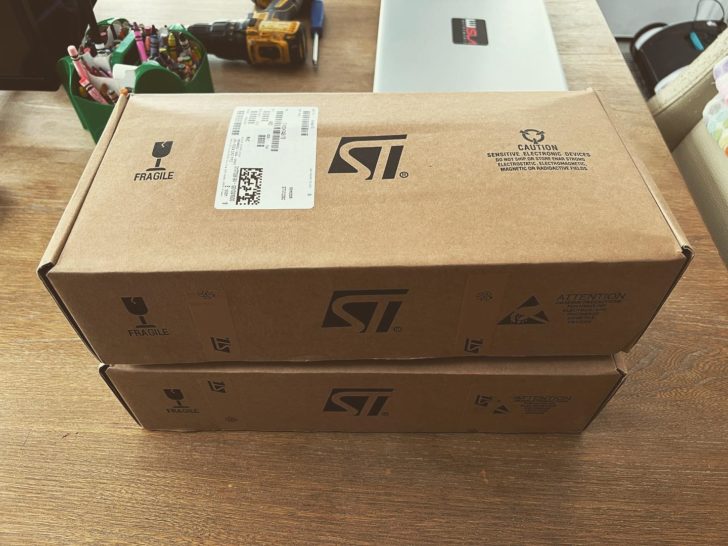 “You’re looking at 1000pcs of the STM32H7 microcontroller. The beating heart of our beloved S2400,” they note. “I placed a panic order for these babies almost 2 years ago. Today, they finally arrived. It looks like we’re a go on the next batch of S2400s!”

Behringer has announced dozens of new synths and other electronic music products that they can’t manufacture because of the global component shortage. As a result, they have tagged many of their introductions as #hardvaporware.

Designs that are missing in action include entire lines of synthesizers, including their ‘Soul’ minisynths, a line of $50 minisynths, the ‘Boogerfooger’ knockoffs of the Moog Moogerfooger pedals, the Hirotribe groovebox, a Moog Taurus bass synth knockoff, a Buchla Music Easel knockoff and many other designs.

What’s Behind The Parts Shortage?

Other reasons cited for the parts shortage include:

At this point, there’s no end in sight to the global parts shortage and other supply chain issues. Behringer recently suggested that the situation was only going to get worse, because of the impact of the Russia-Ukraine war.

Have you been impacted by the parts shortage or increased prices on electronic music gear? Let us know in the comments!