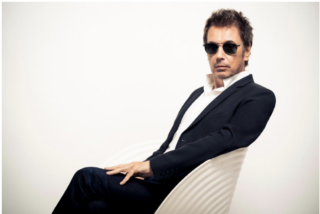 Jarre says that Oxymore is his most ambitious project to date. It’s described as “an extremely conceptual work, dedicated to late French composer Pierre Henry.”

Jarre and Henry had plans for a collaboration for Jarre’s album Electronica, but Henry died before it was completed. After Henry’s death, his widow gave Jarre the stems of material that had been prepared for this collaboration. Jarre used this material as the foundation of Oxymore.

The album has been conceived as an immersive work, in a multi-channel and 3D binaural version. Sound On Sound says that “Oxymore demonstrates that immersive audio isn’t just an extension of stereo. It’s a genuinely new medium with infinite creative potential.”

“It is truly a tribute to the roots of the French electronic music & electroacoustic music, which had a major influence on my early studies at the GRM and really how we are producing music today,” notes Jarre. “The soul of the album is also a tribute to Pierre Henry, who was one of the foundational 20th century giants of electronic music: he explored solfeggio notes v’s noise bites in audio spatialization before it was thought of. Pierre Henry inspired me to create an album using the old analog techniques I studied, but linked to the future by using spatial audio technique already and foremost at the composition stage.”

Oxymore is available now in CD, Vinyl and digital formats.