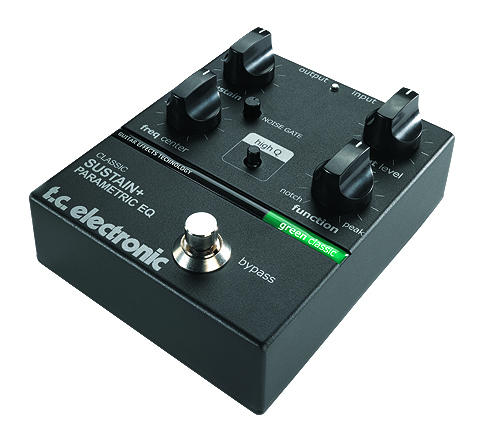 TC Electronic is revisiting its own legacy by reintroducing their Classic Pedal Series from the 1970s. The series consists of reissues of three sought-after TC Electronic effects:

The TC XII Phaser is a reproduction true to the sought after sound of the original. It is a clean-sounding and versatile phaser, featuring lots of tweaking possibilities with low-frequency oscillation speed controls, width and function controls and a 4-8-12 kHz filter selector, just like the original. The TC XII Phaser can be used in numerous ways – from clean funky chords or overdriven riffs to heavily saturated leads.

The Booster+Distortion is both a signal booster and a distortion pedal that recreates the classic sound of the original in every nuance. It features the original Bass- and Treble EQ, as well as output level and distortion level knobs. In addition to that, the Classic reissue features a built-in Noise Gate control, enabling you to control your distortion. The Booster+Distortion can be used as an “always on” boost pedal to increase the signal of the guitar, making the tubes work harder and thus generating more overdrive. Or it can be used as a boost pedal used to occasionally highlight a specific solo, lick or passage.

The Sustain+Parametric Equalizer is a studio quality compressor in pedal format. Like the original it features full controls for Frequency, Sustain and Function. A modern touch is found in the highly effective parametric EQ, making it suitable for anything from subtle compression to extreme sustaining effects. The Sustain+Parametric Equalizer can either be used to simply increase and decrease the output signal when the signal falls above or below a certain level. Extreme compression can also be used as an effect used for funk or country playing giving the sound a special percussive “thud”. Last but not least compression will increase sustain of the notes played because the output volume will gradually be increased as the input volume guitar drops.