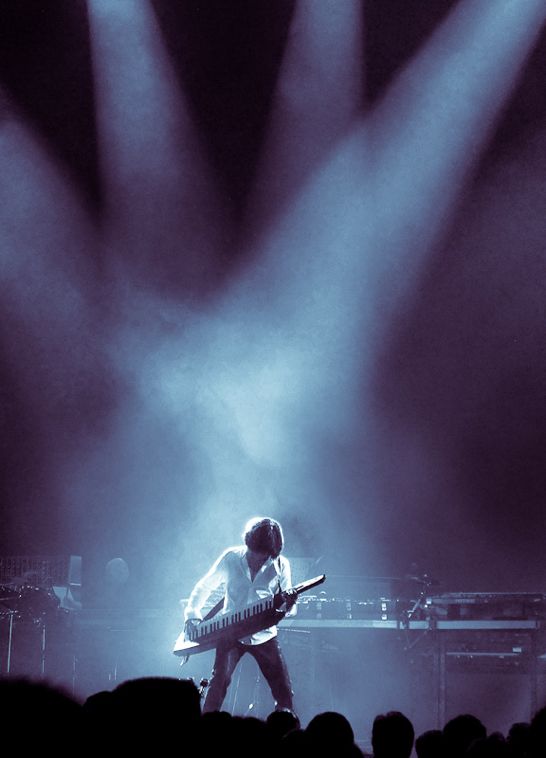 An iconic shot of Jean Michel Jarre, taken at his recent Helsinki concert.

Tonight I saw the musical hero of my teenage years live on stage for the first time. Jean Michel Jarre threw a visually & aurally thrilling show as part of his “In>Doors” arena tour. The concert was at the same time both very timeless and a nostalgic retrospective trip to 80s.

I haven’t actually listened to Jarre for many years, so it was interesting so hear the classics again in another time – before this concert I hadn’t realized how much in dept bands like Röyksopp are to Jarre.