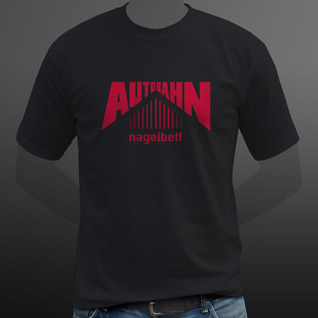 We like the synth t-shirts as much as anybody, but this Autobahn Nagelbett t-shirt has gone straight to the top of the list.

Autobahn is the fictitional techno-pop band, Kraftwerk parody, from The Big Lebowski.

Some Big Lebowski Autobahn trivia for you: