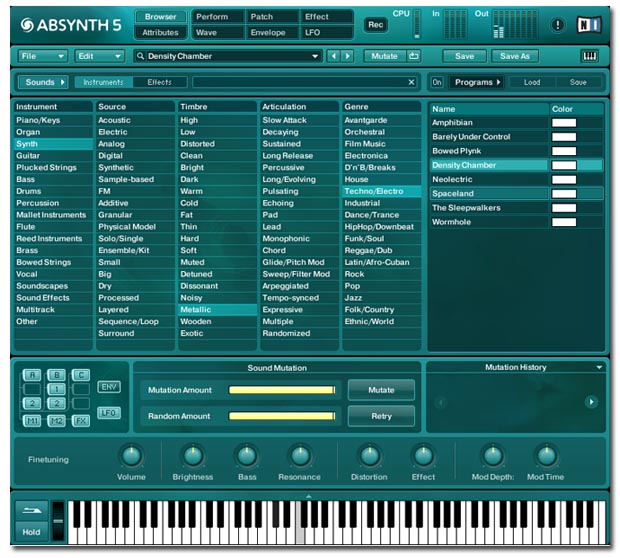 Details are available at the Native Instruments site.

ABSYNTH 5 is available as a single product only in the NI Online Shop starting October 1st, 2009.