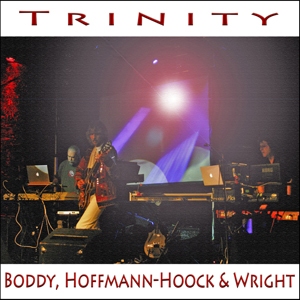 AD Music has announced that it will be releasing a 2 hour download album of the Boddy, Hoffmann-Hoock & Wright performances recorded at Derby and Bielefeld in September 2009.

“This is a record of the 2009 UK Derby concert (also played at Bielefeld, Germany) performed by the trinity of Ian Boddy, Klaus Hoffmann-Hoock and David Wright,” says Wright. “The music has been eq’d and digitally mastered by David Wright, but contains no additional edits to the music performed at the event except for the removal of noise and audience applause.”