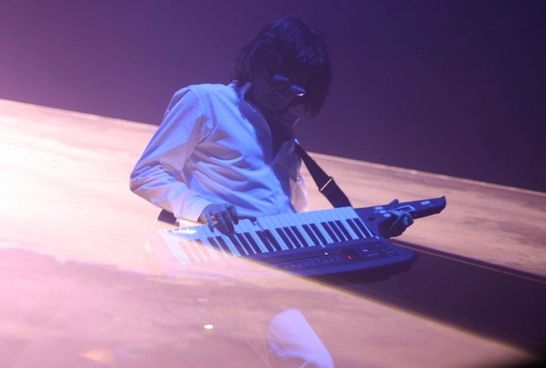 Jean Michel Jarre has shared a New Year’s message for fans, welcoming 2010 and sharing his plans for a new album and a new 3D project:

After the 2009 tour ended, I wanted to evolve the concept a bit, to give a new meaning to the music, moving moods, bright and somber passages. It will be quite different, and quite special. The new tracklisting is really powerful now, and I have been working with Marie-Jeanne, Thomas and Ignace to give it the visual force it deserves. There is still a lot of work, but we have a solid base, a solid team and fresh energy after the holidays. The promotion has already started, and I’m glad we have some interesting press articles.

The new concept also gave me inspiration for new tracks that I want to try, refine and sharpen during the tour, with a new album in mind later this year.. That and a few other surprises..

Another exciting change in 2010 is 3D. As you know I have been experimenting with 3D concerts for over a decade, so I’m observing with curiosity how Avatar is changing the movie industry. It is like the beginning of 5.1 for sound: sweat, pain but a whole new opportunity. I am working on a special 3D project linked to the 2010 concerts..

I hope 2010 will be as thrilling for you as it is for me. Thanks for all your kind comments, and happy new year to you all. Specially to you, yes, you.