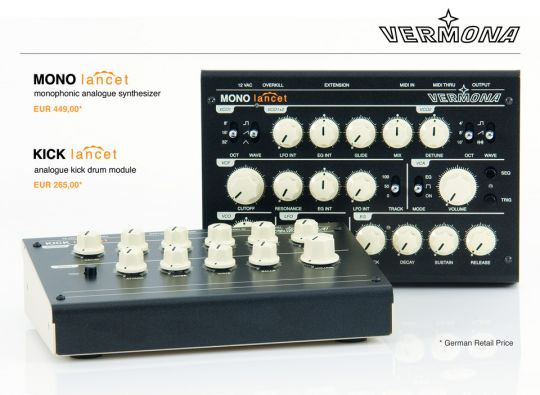 Vermona has announced a couple of new synths, including a monosynth that looks like it will be competing against the Dave Smith Instrument Mopho and the Doepfer Dark Energy.

The Mono Lancet is a 2 VCO mono synth, while the Kick Lancet is a dedicated kick drum synth.

Both Lancet synthesizers are expected to arrive internationally in August/September 2010.