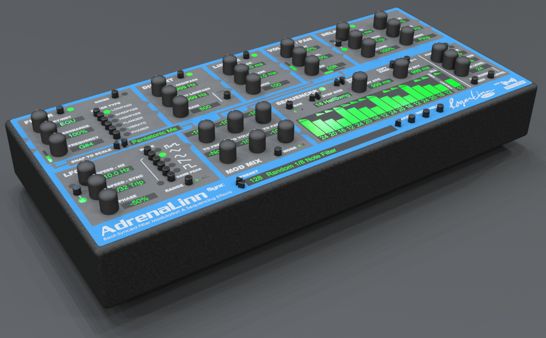 When Roger Linn introduced AdrenaLinn Sync – a software version of his respected beat-synced guitar effects pedal – it was regarded by many as being handicapped by its reliance on out of date technology.

Now AdrenaLinn Sync has been rewritten, with the help of Way Out Ware’s Jim Heinz, eliminating the kludginess of version, adding a lot of new features and offering a “fantasy hardware view”:

The “fantasy hardware view” could probably join our sexy 3d ad for a virtual instrument hall of shame – but, other than that, it looks like Linn is doing all the right things to address the critics of version 1 of AdrenaLinn Sync and to make version 2 an interesting tool.

Check the video out, below, for some audio demos. And, if you’ve used AdrenaLinn Sync 2, leave a comment with your thoughts on it!