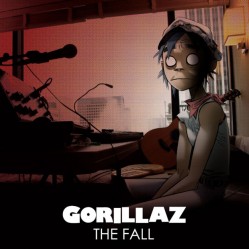 Gorillaz have released their iPad album, The Fall, as a free download for members of their fan club.

Gorillaz used a variety of iPad music software to recorde The Fall:

The Fall is available as a free download to members of Gorillaz’ fan club. You can also sign up to listen to it for free at their site. A physical release is planned for early 2011.

Gorillaz have called The Fall the first iPad album, but it looks like the claim for First iPad Album goes to Mark Jenkins and his The iPad Album. Regardless of this, though, The Fall is going to raise awareness of iPad music software and the platform’s capabilities.

29 thoughts on “Gorillaz New Album, The Fall, Recorded On iPad”