While maintaining the hallmark look and feel of the original Series II Fairlight, the CMI-30A harnesses the latest technology to deliver ‘that Fairlight sound’.

Unlike modern samplers which strive for precise reproduction and accordingly produce a sterile sound, the CMI of the eighties made no apologies for imposing its own character. The quirks of this pioneering digital audio technology have been faithfully modelled in the 30A. 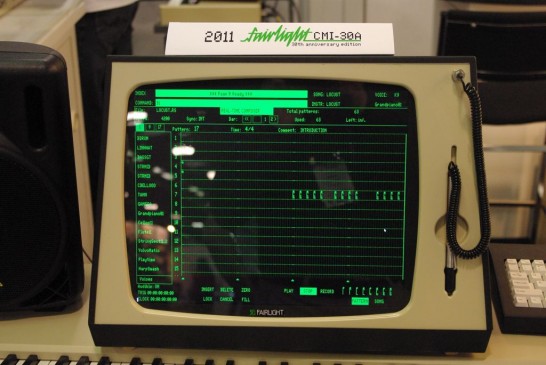 In its initial form, the CMI-30A replicates the functionality of the original Series II and Series III CMIs. The user experience is quite different from that of a conventional PC and mouse and like the original is based on a light pen which interacts directly with a screen.

The character of this new instrument is continuously variable in real time. As you crank up the 30A’s unique ‘goodness control’, the quality morphs from pristine 36 bit floating point fidelity into the sound that made music history.

Fairlight was displaying a working production prototype of the Fairlight CMI 30th Anniversary Edition at NAMM.

On first, glance, the new Fairlight looks like a nostalgia project. On further inspection, though, the Fairlight CMI-30A feels more like something from an alternate universe, where the 80’s technologies pioneered in the Fairlight kept developing.

We took a look at the new CMI with company founder Peter Vogel and he explained that, while the user interface on the new instrument is retro, the technology it runs on has been updated, making muti-tasking possible and a much more capable instrument. 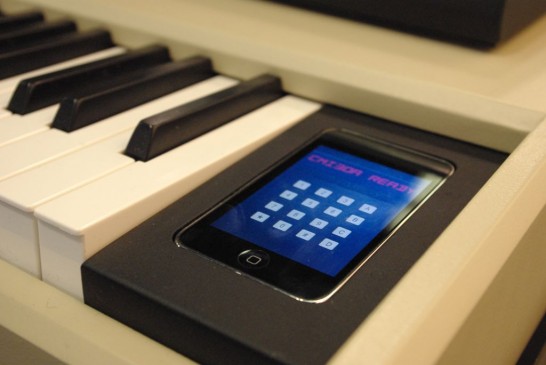 The Fairlight CMI-30A is also the most expensive iPod dock that we’ve ever seen.

While incorporating an iPod touch is trendy, it’s also clever.

The iPod touch communicates with the Fairlight using MIDI. This means that you’ll should be able to use a variety of applications that run on iOS to control the Fairlight.

Orders are now being taken for the $20,000 production units. While this is out of our price range, it’s clear that an amazing amount of care and craft is going into the creation of the new Fairlight – and you can expect to see elements of it show up in other products. Vogel has already announced an iOS Fairlight, which will put much of the power of the original Fairlight onto an iPhone, iPod touch or iPad.

What do you think about the new Fairlight CMI-30A?