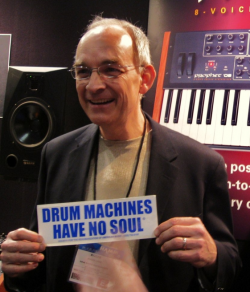 What do electronic drum machine pioneer Roger Linn and Dolly Parton have in common?

The Grammy Recording Academy has announced its Special Merit Awards recipients, and Linn & Parton are among the recipients:

Technical GRAMMY Award recipients are determined by vote of The Academy’s Producers & Engineers Wing Advisory Council and Chapter Committees as well as The Academy’s Trustees. The award is presented to individuals and companies who have made contributions of outstanding technical significance to the recording field.

“These influential performers and brilliant innovators have been of great inspiration to our culture and industry,”  said The Recording Academy President/CEO Neil Portnow.

One thought on “What Do Roger Linn & Dolly Parton Have In Common?”