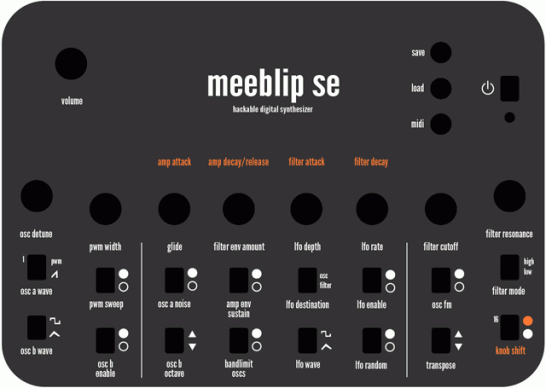 Developer James Grahame has released details on the upcoming Meeblip SE synthesizer – an updated version of the Meeblip open hardware synth. The design retains the basic interface of the original, with the addition of features that make it more powerful (like an adjustable PWM waveform) and easier to use (patch storage).

Meeblip SE will be available in two versions:

The Meeblip SE synth will be available in a few weeks for the same price as the original — $139, including multi-volt power adapter. See the Meeblip site for details.