While there, they filmed this overview and demo of Walter Sear’s vintage Moog modular synthesizer.

Walter Sear  (April 27, 1930 – April 29, 2010 was a fascinating man, starting off as a tuba player, getting interested in electronic music through the theremin, becoming Moog’s sales rep, owning an influential recording studio and scoring several films, including Midnight Cowboy and Disco Beaver From Outer Space.

Here’s Sear (right) with Bob Moog in front of his modular: 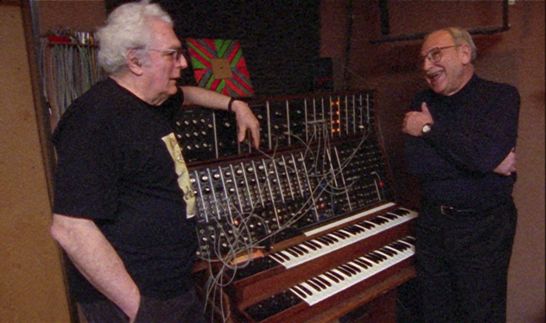