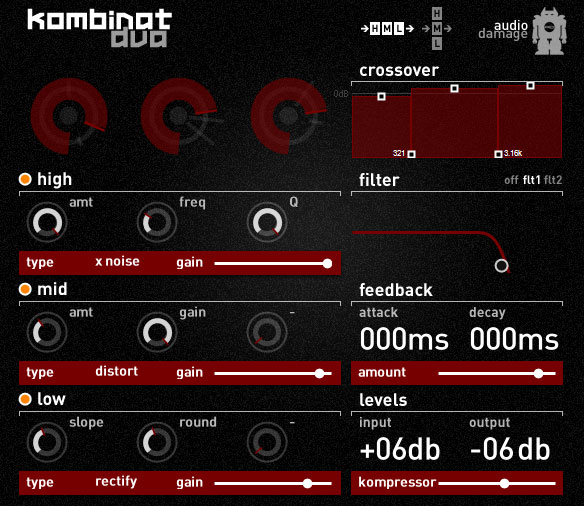 Here’s how they describe it:

From mild tone-shaping or adding a bit of grit to full-on total waveform destruction, Kombinat Dva, the long-awaited sequel to our popular Kombinat plug-in, is a complete toolbox of sonic warfare.

With 13 different options in each of the three distortion engines (plus pass-through), Kombinat Dva is capable of sophisticated and unique sounds. Want to add a ring mod to the low end, a mild tube clip to the mids, and a bit-reduction algorithm to the high end? No problem. Want to run your signal through three sine-warps or fuzz algorithms in series? This is your box.

Kombinat Dva is available now for $49. Details below.

Here’s a taste of the Audio Damage Kombinat DVA can unleash, via Oliver Chesler: