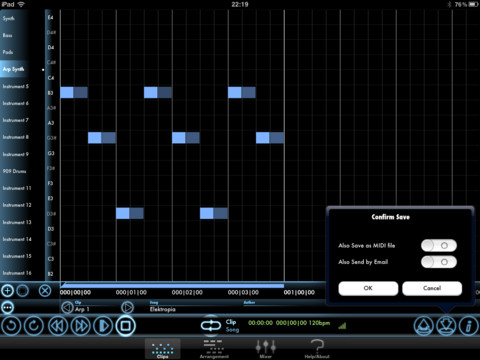 Brainwave is a clip based MIDI sequencer for the iPad that lets you edit and arrange MIDI clips and control up to 16 instruments.

If you’ve used Brainwave Sequencer, leave a comment and let us know what you think of it!