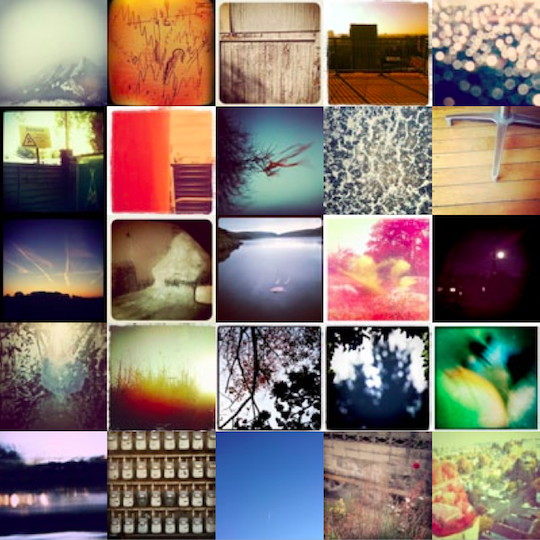 Here’s the background on the project:

Instagr/am/bient is a response to that question. The project involves 25 musicians with ambient inclinations. Each of the musicians contributed an Instagram photo, and in turn each of the musicians recorded an original track in response to one of the photos contributed by another of the project’s participants. The tracks are sonic postcards. They are pieces of music whose relative brevity—all are between one and three minutes in length—is designed to correlate with the economical, ephemeral nature of an Instagram photo.

The result of the 25 musicians’ collective efforts is an investigation into the intersection of technology, aesthetics, and artistic process. What parallels exist, for example, between the visual filters that Instagram provides users to transform their photos and the sound-processing tools employed by electronic musicians?

In many cases here, the musicians employ sonic field recordings as source material for their music. In the case of both their photos and their compositions (photography in one case, phonography in the other), documents are altered to emphasize their atmospheric qualities: to eke a modest art out of the everyday.

This is a great concept for an album. Not only does it offer a sampler of the music of 25 ambient musicians, but it organizes their work in a way that coheres as a very enjoyable compilation, too.

Better yet, the music is available as a free download. You can preview the tracks via the SoundCloud embed, below, or download the release as a .zip file:

Instagr/am/bient is a project of the great ambient/electronica site, disquiet.