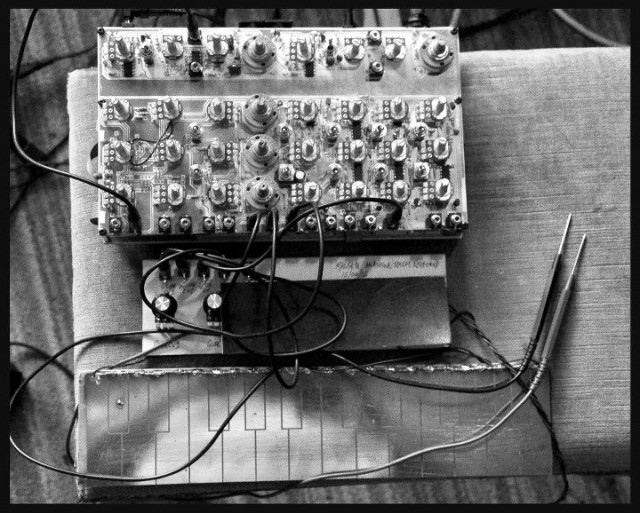 Ken MacBeth offered a sneak preview of an upcoming dual-stylus keyboard controller for analog synthesizers on his Facebook page.

I’ve been at the solid state keyboard stuff again!Here is a dual stylus keyboard- it has 5 jack sockets out- Glide CV1, Glide CV2, Positive 1V/Octave CV and Negative 1V/Octave CV. The Fifth jack socket is for Gate- two styluses- a ton of fun!

I plan to make this complimentary unit for both the 3U micromac and as seen here, the Desktop prototype.

MacBeth adds “I wonder if anyone will be interested in this controller.”