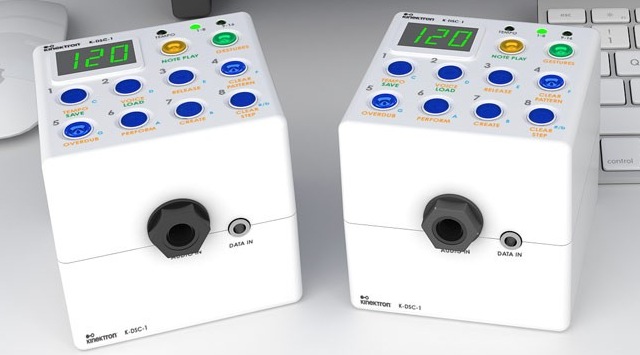 On of the more interesting introductions from the 2012 Summer NAMM Show is the Kinektron Digital Synth Cube, a small self-contained synthesizer & sequencer.

The Kinektron Synth Cube is intended to be part of a larger, open ecosystem.

The K-DSC-1, by itself, is a compact, portable, ‘semi-pro’ music production and sound experimentation kit. In addition to the initial module, though, Kinektron has several additional modules in development:

Kinektron has also developed an Open Protocol, K-Konnect. With auto-negotiation, bi-directional, master-less communication, and other features, this protocol is what connects the various cubes together. 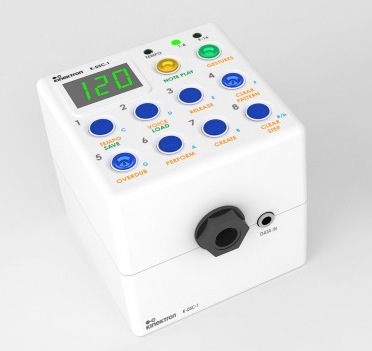 The most unique feature of the Kinektron K-DSC-1 Digital Synth Cube is the use of a primarily gestural parameter entry methodology, along with a simplified 16 property editing grid, with properties being selected by first pressing one of two mode switches and then tilting the cube to enter parameters.

Another unique feature is the ability of the K-DSC-1’s ‘K-Connect’ data ports to be used easily with Arduino micro controller boards – popular programmable single board computers. Kinektron plans to offer a library, example code, and tutorials to create projects with the K-DSC-1 and an Arduino board at product launch.

The unit also features a built in digital delay and a transistor distortion, reminiscent of classic FX pedals, each with step-sequenced parameters.

The Digital Synth Cube was created by Robert Guyser and Glen Liberman.