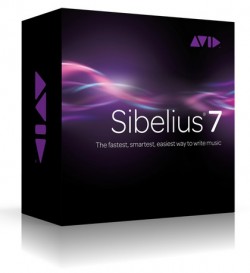 Users around the world are uniting to “Save Sibelius“, the best-selling music notation software that has been in public limbo since parent company Avid announced plans to downsize.

In July, Avid split off its consumer-focused brands, including M-Audio, and sold them to inMusic. Avid also announced that it was closing the Sibelius offices in Finsbury Park, London, where the notation software was developed and maintained.

Since then, users have been speculating about the future of an app many have large investments of time and money in.

Users have valid reasons to be concerned.

As of the end of July, Sibelius’ UK office is closed. Avid is in the middle of a major reorganization.

And addressing user worries may not be as pressing as Sibelius fans might hope, since the application’s primary competitor, Finale, is caught up in some major corporate changes of its own.

Sibelius Users – a group of ‘users and former developers of the music notation software, Sibelius’ – have organized to take action. They’ve created a website and social media presence to encourage users to voice their worries.

“We are concerned at the threats to its very existence following the recent decision by its parent company, Avid, to radically transform its main programming operation,” notes the organization.

They seem to have struck a nerve – their Facebook page has already amassed over 8,000 followers.

For its part, Avid has stated its ongoing commitment to Sibelius.

“Avid is deeply committed to developing Sibelius moving forward,” according to Avid VP Martin Kloiber. “Our plan is to integrate Sibelius development more closely with the rest of Avid’s audio development teams in California, and I’m confident we can leverage our innovative development teams and continue to raise the bar in the future.”

“We soon hope to be able to share more specifics as we continue with the transition. We appreciate everyone’s patience until we are able to make those announcements.”