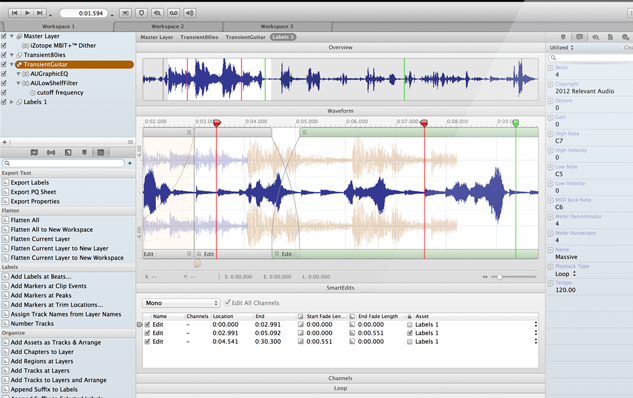 Triumph is more than just a new version of Wave Editor. “We rethought everything, not only how to improve on what we built in Wave Editor, but how we could bring the concept of an audio editor forward”, says Matthew Foust, founder of Audiofile Engineering, “Triumph takes full advantage of all of the latest technologies Mac OS X has to offer.”

If you’ve used Triumph, let us know what you think of it!