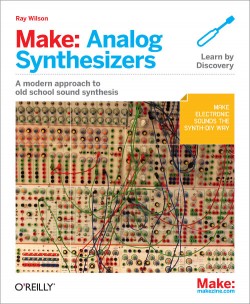 Make Analog Synthesizers is priced at $27.99 and will be released in April.