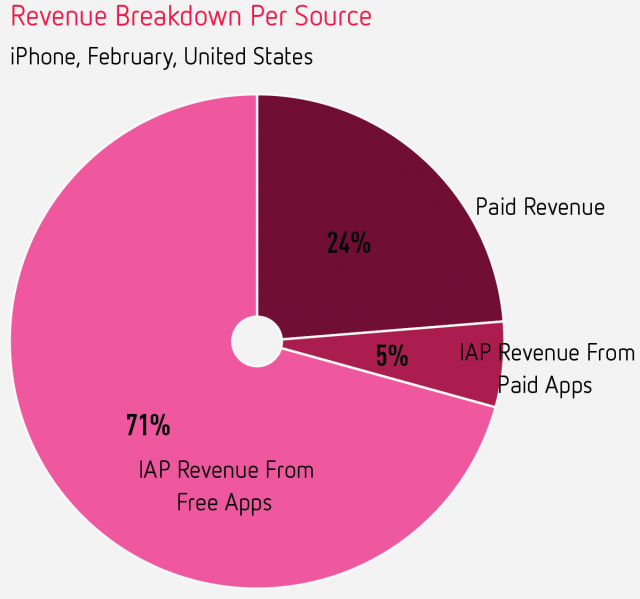 You know all those in-app purchases developers have been adding to their iOS apps lately that unlock features (Animoog), new sound libraries (iMaschine) and new instruments (Tabletop)?

Looks like they are here to stay. App analytics firm Distimo reports that three-quarters of developers revenue comes from in-app purchases:

In-app purchases (IAP) now generate the majority of the revenue in the app stores. This has been the case for some time now, and it continues to rise.

In-app purchases generated only 53% of revenue in the Apple App Store for iPhone in January 2012 in the U.S., but  generated a record 76% in February 2013 clearly demonstrating the success of this monetization method.

Based on this trend – expect a lot more free apps with in-app purchases to unlock features.

Let us know what you think of the trend. And, if you’re a developer, let us know your thoughts!

40 thoughts on “In-App Purchases Are Here To Stay”