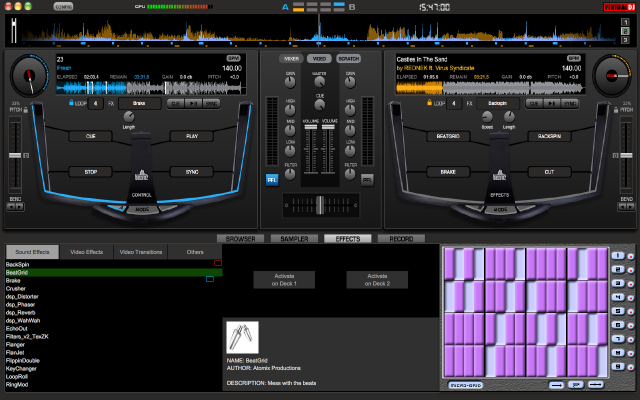 The Beamz Pro for DJs, which uses lasers as a performance tool, is being shown this week at Musikmesse.

This compiled version of Virtual DJ LE includes a plug-in for the Virtual DJ mixing software to natively communicate with the Beamz Pro laser controller. It also features a dashboard “skin” that mirrors the design of the Beamz controller and uses its laser beams as triggers.