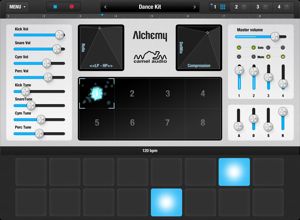 Alchemy Mobile v2 is a major update to Camel Audio’s iOS synthesiser for your iPad/iPhone. The update features drum pads and a new 4-Track Sequencer for “intuitive song creation.” Camel Audio have also added Audiobus support so you can integrate Alchemy with your mobile studio.

A Pro Upgrade to the app allows the user to save songs and comes loaded with extra sounds and songs to remix. The Pro Upgrade is available as an in-app purchase for 14.99 USD / 11.99 EUR / 10.49 GBP.

Here’s an overview video of the product’s features:

Alchemy Mobile Free is now available for iPhone/iPad from the iTunes app store.

Additional product information is available on the Camel Audio site.