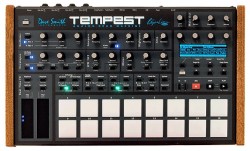 Download the update via the Dave Smith Instruments site.

Often in life you are confronted by many possibilities. The best thing you can do is just go for one with a quick decision, then make that choice work for you. It takes you to interesting places with surprising results.