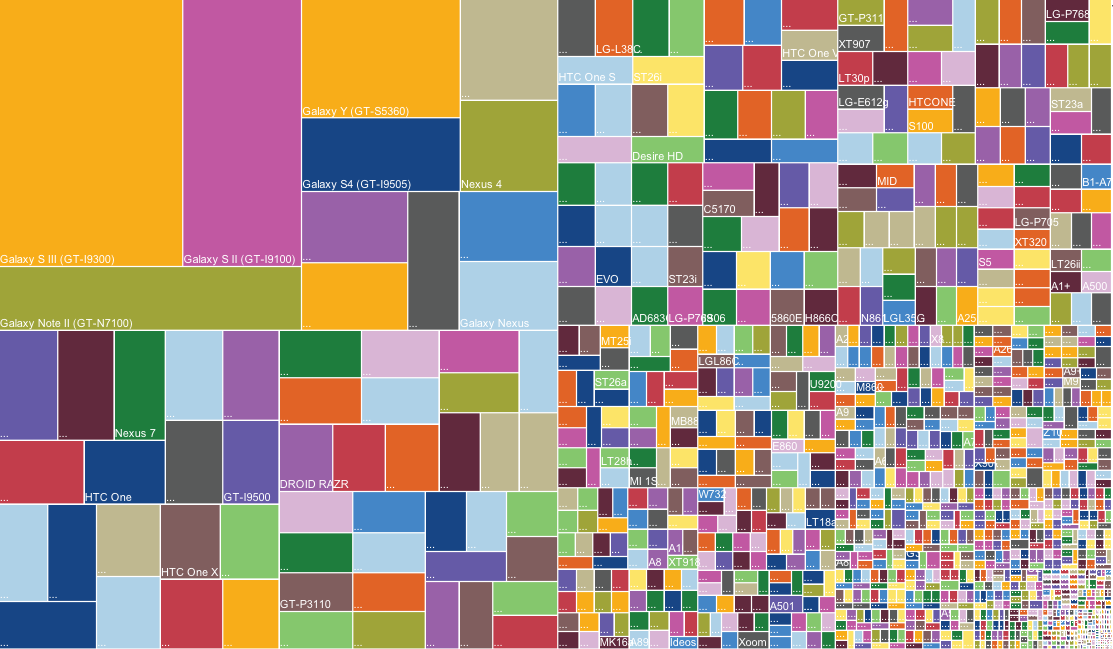 Latency problems with audio on Android have long been recognized as a barrier to the development of music software on the platform. Android developers have had to fight with audio latency that can be 50 times as long as it is on iOS, making many types of music apps unusable.

Device fragmentation, illustrated by the patchwork quilt of thousands of Android devices above, means that buyers “can get exactly the phone they want – big or small, cheap or expensive, with any number of different feature combinations”.

To app developers, though, device fragmentation means that their apps need to work on a rapidly growing number of unique devices. Last year, Open Signal identified about 4,000 unique Android devices. This year, that number had tripled. 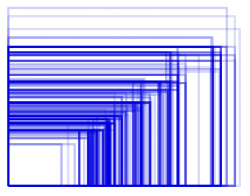 Here’s a breakdown of the most commonly used Android operating systems:

The result of this is that Android developers have to target the lowest common denominator, if they want their apps to run on a lot of devices. They also have to do much more testing, if they want to ensure that their apps are stable.

While fragmentation poses a headache to developers, the success of the of the Android ecosystem cannot be separated from its fragmented, free-for-all, nature. Similarly, it is easy for developers to bemoan API level fragmentation, but this is part-and-parcel of device fragmentation. Cheaper devices will struggle to run the most recent versions of Android and the fragmented operating system serves as an enabler of an ecosystem that is becoming more globally, and socio-economically, inclusive.

The combination of device and OS fragmentation means that powerful Android devices, running a current version of the operating system, remain a tiny niche. And, as a result, great Android music apps will continue to be few and far between.

Got your own thoughts on the state of Android & mobile music making? Let us know in the comments!

80 thoughts on “Why Android, The #1 Mobile Platform, Won’t Get Great Music Apps”